Do you want search ?

How your childhood home shapes you

I was born and raised in Mexico City, one of the largest and most populated cities in the world. It’s estimated that 21 million live in the mega-metropolis. But it wasn’t until I left to travel the world that I understood what it felt like being one amongst the 21,000,000 Mexicans with whom I share and navigate a common life in the streets, markets, metro, cinemas, shops, etc., of my city.

It took meeting people from all walks of life to understand how ridiculously massive and populated the place I grew up in appears to the rest of the world. Hilariously, I always felt like this was the norm — as if everyone would come from such a city. In a way, I think that before we know any different, we all believe that the world out there mirrors ‘our’ worldview. A similar thing happens with our inner universe and how we perceive others too, at least most of the time.

In one of the many journeys I’ve been lucky enough to embark, I crossed paths with him… I’ll call him Mr J for the sake of this piece and his small-town privacy. He’s a man with an inner and outer universe as different from mine as you could get. A man from a country, and a tiny town, that never in my wildest dreams did I image being linked with. He became one of my greatest teachers.

Mr J was born and raised in the “town” Sarsfield, just outside the “city” of Bairnsdale (in my mind the place names need quotation marks as no place where you can see kangaroos from your kitchen window can be called a town, much less a city). He grew up as free as you can be, something I can only imagine. He rode his bicycle into the woods, got caught in the rain, set a shed on fire, and never worried about being careful or mindful of his surroundings; of being in real danger… other than from the snakes, spiders and all those poisonous, sneaky animals living in the Aussie bush.

We met in a small, scruffy beach town in Indonesia. Little did I know that five years later I’d still be with this cheeky man, even more in love than ever, strolling around his country and seriously considering it as a perfect place for children — our children — to grow up.

How your childhood home shapes you

It’s widely said that the first three-to-five years are the most important in the life of any human being. This is in terms of forming our unconscious behaviours, fears, underlying personality and sense of self. Of course, the main factors will forever be family and love, but surroundings and circumstances do matter. Believe me, it will never be the same to grow up in Sarsfield, in front of a national park, compared with a 54m2 apartment in Barranca del Muerto, Mexico City. And I’m not saying that one is necessarily better than the other — they’re just different.

Growing up, I was lucky in being able to visit my grandparents in tropical Costa Rica, which I believe provided me with an overflowing admiration for horses and a longing for a future life in the countryside, something I couldn’t have in Mexico City. This also gave me a broader perspective of the world and prevented me from believing that the city was the only or best thing out there.

But there is a part in me, which I must accept with a bit of shame, that still feels more at ease in a big city: pacing from one place to another, bombarded with colours, lights, shops, options, different faces and singularities. I feel comfortable in the huge anonymity of the crowd, I feel joyously overwhelmed with options, and yes, I do, despite my biggest efforts, sometimes believe that growing up in the city gives you amazing tools that you don’t get anywhere else. That’s why we — city people — are not always what you could call ‘loved’ everywhere.

Mr J is different. He’s chill. He walks slower, without looking over his shoulder every single block. He lives with great ease but also a sense of and that I do not possess, which I cherish deeply. He has taught me that it’s not always about surviving, but also about just being and enjoying an afternoon of sun.

We both have extensively, yet we see the world with different eyes. When I’m homesick I miss my city and its buzz — its million activities. When he’s homesick, it’s because the metro in Mexico has overwhelmed him or he’s tired of having to plan his day according to our traffic jams. He misses the order of home and everything working smoothly.

Now, as we drive around Gippsland and I spend evenings talking with his parents, I get him a bit more. Life is different here. It’s so different that it was hard for me to imagine their stories of echidnas in the garden
or emus crossing the road. A kangaroo at your front window? Are you kidding me?! I’m a girl that grew up seeing animals in pet shops inside of malls and thought that kangaroos were the coolest, yet most alien, thing created. A creature I could only dream of ever meeting. I almost cried the first time I saw a tiny, playful platypus.

Now, we walk around town saying ‘hello’ to people that still, after more than 20 years, remember Mr J. Some have stayed at the same jobs during that time. In my city, if I didn’t have someone’s phone number, it
would be virtually impossible for me to find them. I love the feeling of calm, of community, of safety. I love this sensation, which is very foreign to me, of not having to be on guard as I walk along the streets. I love how some areas feel like Disneyland: so pristine, perfect, joyous and safe. And I know you don’t see it the same way, because you are too used to it.

Mr J got out because he had to see the world, this we share. It’s through this need and joy of discovery that we met. But if you asked me at any previous moment in my life, I would have never thought I could end up with
a country boy from this beautiful place. Now, I don’t see myself with anyone else. It has been a winding road to this point and it has been enriched by the things we share, but especially by those that we do not.

Our differences make us work. He enjoys cities because he didn’t grow up in one, and he navigates the country so effortlessly. I have a love affair with small towns because they gift me with all the silence I never have back home. He is used to small families and still puts up with my more than twenty loud cousins all trying to explain something to him at while speaking in Costa Rican Spanish. I grew up dreaming of living on a farm with horses, cows and no pollution. He grew up on such a farm, and I smile at all his childhood stories involving wild animals and mischievous adventures.

Now, we talk about choosing a place, at least for a while, and it’s so hard, because I‘m sure that where we grew up a big part in who we are, and we’re both quite happy with how that worked out. Because there is joy in long, quiet afternoons and coffee with friends just around the corner, but also in visiting three museums in a and meeting strangers in a crowded street. Nonetheless, what I have absolutely no doubt about is that every place, every circumstance, every family — if you survive it — will give you different tools and play a huge part in who you become in life.

There is no right way. There are circumstances, situations, places and times, and there is what we are able to do with all of this. Beauty will forever lay in diversity and the unshakeable truth that each one of us is a universe in our own right.

As far as this Mexican girl knows, Australia, and especially Gippsland, seems like such a wonderful place to grow up.

Text written by Eda Sofia C.B (A.KA: me) for Gippslandia

Gippslandia is a quarterly magazine in newspaper format, for, and about, the Latrobe Valley & Gippsland. It’s an ever-optimistic take on regional, national and global issues, in a local context. Oh, and it’s free.

Your email address will not be published. Required fields are marked * 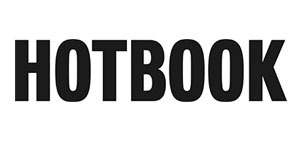 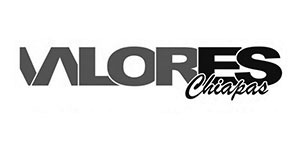 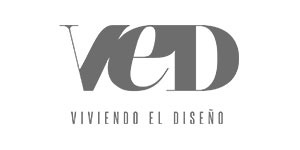 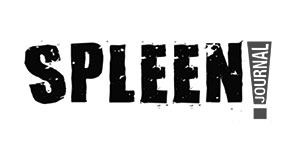 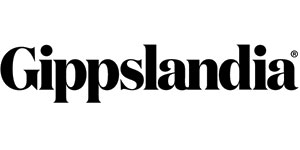 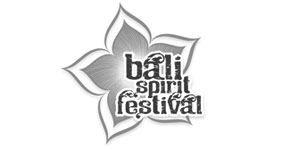